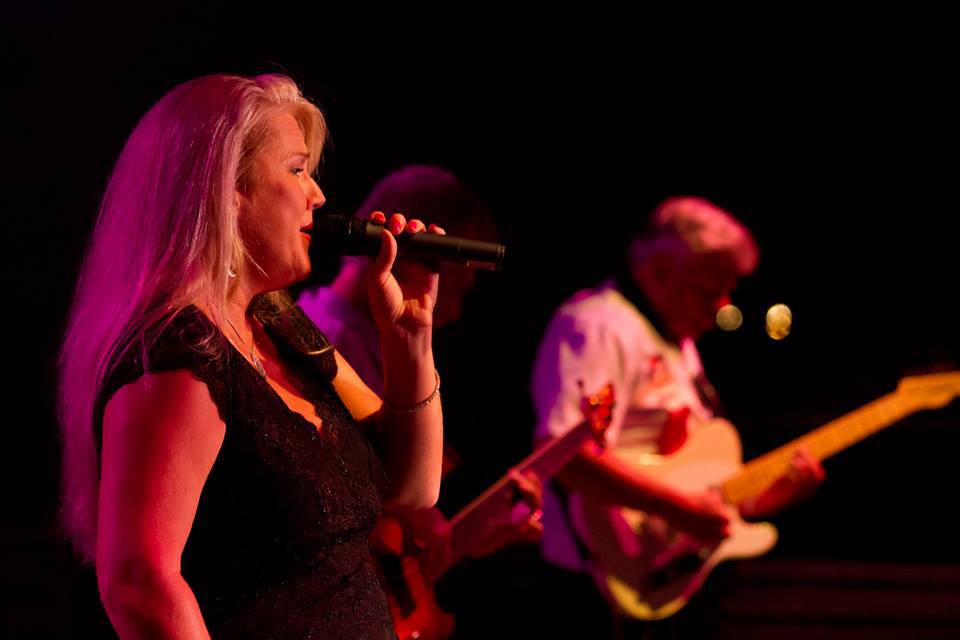 Born in Indianapolis, Indiana Barbara’s family relocated out west to the rural countryside of Oregon when she was three years old. Living in the country was sometimes lonely being so far away from town, Barbara found out at an early age how to entertain herself through singing. It was fun to go outside and sing and hear the echo of her voice through the trees of the forest. A powerful voice was developed for she had no fear of anyone really hearing her out in the woods. Singing in her first talent show in the 4th grade, was when she realized that people liked her singing, and it was then that she knew she wanted to be a singer when she grew up. After high school Barbara started finding places to start her singing career. The local pageant circuit was her first start and then she sang with a local country band. Starting in 1994 Barbara sang at various County and State fairs throughout the Pacific Northwest as a solo performer. Paying her dues as a strolling entertainer in a Roadhouse restaurant was about the time she started writing her first music. Working to take herself to the next level she wrote and self released her first CD ‘Big Trouble Now” and opened for Chris LeDoux that same year.

Barbara put together her first band,” The Barbara Cecil band” and continued paying her dues. In 2000 wanting to diversify herself, Barbara Joined an 8 piece Nostalgia Rock N Roll show band as their female lead singer. The band called, “Johnny Limbo and the Lugnuts” have been rocking the Pacific Northwest area for the last 34 years, Barbara has been working with them for the past 13 years. During her years with The Lugnut’s, Barbara continued writing her music and self released her second CD called” Roadhouse Angels”. Putting together a new band for her CD release party she called it, “ The Roadhouse Angels band”. Barbara teamed up with Comstock Records and released her music in Europe and has had continued airplay in many countries including New Zealand. While working with the Lugnut’s Barbara self released her third CD “Nostalgia” featuring Rock N Roll hits of the 50’ s and 60’s. Comstock Records released Nostalgia in the European markets.

Barbara’s songwriting leans toward Country with a twist of Rock and Blues. Writing songs from her experiences as well as what she see’s others going through is where she gets her inspiration. If she can make someone laugh or cry or just have some fun, that is what makes being an entertainer fun and rewarding!

A Review from the Positively Entertainment Magazine states as follows:
As an entertainer Barbara steals the show! She is a polished performer with stage presence and delivery as big as the great outdoors! Cecil entertains and struts yet her humanity emanates out to the audience. She makes strangers into friends and friends into fans. Barbara has the image of a country style beauty queen, but shows the audience that she is a real live girl, not just an image. She lacks the vanity of a pseudo star; Cecil is approachable and pleases audiences with her voice as well as her looks.